Skip to main content
When autocomplete results are available use up and down arrows to review and enter to select.

See the Plc Board page for details of main board directors and company secretary. 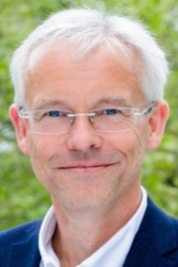 Ian Hudson is Managing Director of Bloomsbury Consumer Publishing and an Executive Director. Ian is a passionate, creative and consumer centric international business leader with a consistent track record of successfully leading digital transformation, turnarounds, M&A and delivering profitable growth in creative businesses. Prior to joining Bloomsbury Ian was CEO of Dorling Kindersley (DK) , a member of the Global Executive Committee of Penguin Random House and a member of the Supervisory Board of global media group Bertelsmann. Ian played a key role in the Penguin Random House merger negotiations (2012/13) and post-merger held two roles , CEO Penguin Random House International and Deputy CEO of Penguin Random House UK, whereby he led led the integration of the two companies outside North America.

Ian is a qualified accountant (FCMA) and commenced his publishing career at Marshall Cavendish as Financial Controller before moving over to the publishing side of the business to publish consumer magazines, quickly rising to European Director. He joined Random House in 1992 as Deputy CFO and Commercial Director before becoming Managing Director of Random House Children’s Books where he worked with many leading Children’s authors and illustrators. Subsequent roles at Random House pre-merger included Group Managing Director(1998) and Deputy Group CEO (2005) where he led the company’s growth strategy, digital transformation, and Operations, Finance and HR functions.

Ian is a former Council Member and President of the UK Publishers Association and is currently a Non Executive Director of Which? where he Chairs the Audit and Risk Committee. 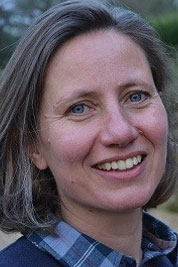 Jenny Ridout is Managing Director of Bloomsbury Non-Consumer publishing, which includes Academic, Professional, Special Interest and Bloomsbury Digital Resources. Prior to this role Jenny had global responsibility as head of Bloomsbury’s academic publishing where she oversaw the integration of several acquisitions. She has many years of experience in digital resource publishing, being responsible for the creation and rapid growth of Drama Online as Project Director, for which she won the Futurebook Digital Achiever industry award. Jenny was previously the Editorial Director for the Methuen Drama and Arden Shakespeare lists and started her career in publishing at Elsevier where she was the global Publishing Director for the specialist trade and professional media imprint, Focal Press. Jenny is a member of the Higher Education and Academic Councils of the Publishers Association and is on the Industry Advisory Board for the publishing course at Oxford Brookes University. 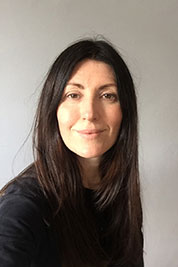 Kathleen Farrar is Managing Director of Group Sales and Marketing. Kathleen joined Bloomsbury in December 1998 as International Sales Manager. She began her publishing career working in the leading independent bookstores in Sydney, Australia before moving to Allen & Unwin as Sales & Promotions Manager. She has held a number of senior sales and marketing roles including Managing Director of Bloomsbury Australia based in Sydney. In January 2013 she returned to the UK to take up the position of Group Sales and Marketing Director, responsible for global sales and marketing for the four Bloomsbury divisions, across print and digital. Louise Cameron is Group Production Director. Previously the Production Director at Continuum International Publishing, she has also been the Publishing Services Director at Kogan Page, Editorial Manager at Children's Encyclopaedia Britannica, Managing Editor at Cassell, and Publishing Manager at The Crowood Press where she began her career as a desk editor in 1988. Louise spent eight years (1990 to 1998) in the USA where she held a teaching post in the Department of English, Philosophy and Languages at Arkansas State University while serving as a freelance editor for various university presses including Chicago, New Mexico and Florida. She joined Bloomsbury in 2011 at the time of the Continuum acquisition.

Cristina Cappelluto is Managing Director of Bloomsbury Australia and joined Bloomsbury in March 2022. Cristina has worked in the Australian industry for over 25 years, with experience in marketing and publishing roles across a number of different genres. Cristina has successfully led the ANZ sales and marketing strategies for both contemporary and classic brands and, prior to joining Bloomsbury, was Publishing Director for HarperCollins Children’s Books, Australia. 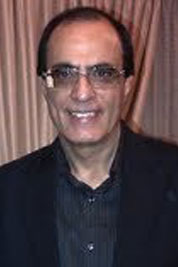 Adrienne Vaughan is President of Bloomsbury Publishing USA.  Adrienne’s background spans both children’s and academic publishing and includes large international companies as well as a start-up.  She began her publishing career at Scholastic.  After obtaining her MBA from NYU Stern School of Business in 2007, she joined Disney Publishing Worldwide and grew to lead their finance department.   Adrienne went on to drive step-function growth at start-up Little Pim, followed by leading the US Finance department at Oxford University Press.  In 2015, she was recruited back to Disney as Deputy Publisher, Disney Book Group, where she led the Disney Press and Marvel Press imprints and oversaw the profitability goals of the overall group.   Adrienne joins us from Trustbridge Global Media, where she served as Senior Vice President responsible for leading the design and integration of people, processes, and systems across a growing portfolio of publishers, including Holiday House, Peachtree Publishing, and Candlewick/Walker.